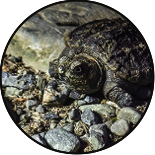 Over the years, I have experimented with many different stereoscopic rigs and each had their own set of strengths and weaknesses.  I thought it might be useful for some if I write a few notes about some of my favorite set-ups. Ultimately it boiled down to clarifying one question in my mind to begin with and then I could refine my quest. I needed to decide why I was taking pictures at all and what would be done with them once the capture was complete. Was the interest in learning the mechanics of stereoscopy, or were the images to be shown to the public?  If people were to see the images, in what form would they be in?  Will they be  printed small, on the computer or hung in a gallery setting? Is there to be a theme and how demanding of the camera would that subject be? When the quest was clear, I set out to put together camera rigs that were as affordable and light weight as possible but offered features and resolution slightly above what I needed.

The outcome was a unique stereo camera sliding unit now known as known Johnny Five.  Johnny is built with a pair of  Nikon D90 DSLR units, an array of availble lenses, hard wired synchronization trigger and the ability to quickly adjust lens separation to accomodate a wide range of depth compositions.

This section will soon be updated with pictures and diagrams of  all the equipment that go into a various shooting situations.

You can make stereoscopic images witha pinhole camera or a state of the art cinema system but what appeals to me the most is a simple rig that allows for decent image quality with good shutter synchronization between the two cameras.  I want my tools to be powerful enough to reliably capture spontaneous moments in challenging conditions but simple and clean enough where the technology doesn’t get in the way.  At the end of the day, all I am after is a solid stereo pair to be viewed in a traditional scope.

Johnny Five has been phenomenal at handling low light and longer exposures but the cature is only half of the story.

To process images, several pieces of software have earned their way into my workflow and each one serves a different purpose.

Stereo Photo Maker (SPM) is the backbone of the production but since it is unable to work with Nikon RAW files, I use ViewNX 2 first to rename the files and second to create a .jpg copy for SPM to utilize.

Adobe Lightroom CC has been incredibly useful for two purposes, organizing a large library of RAW and .jpg and performing global edits.  I strive to get what I want in camera rather than editing in Photoshop because editing stereo pairs adds an extra level of complexity that simply doesn’t exist for single lens shooters.  The safest edits are to overall color and contrast and exposure while it is best left to the more experienced shooters to work with clone brushes and removing unwanted pieces from an image.

In Stereo Photo Maker you will find the tools for correcting a stereo pair in terms of alignment and cropping as well as a host of other awesome features.  SPM is free software built for the PC world. Using the Wine software, a mac version can also be created. Check out http://stereo.jpn.org/eng/stphmkr/